Waking up at 5:00 AM is the norm for us each day and with the promise of sunshine all day long I was really looking forward to getting an early start the second day of the festival. I knew the first thing to do was finish the yellow house from the previous rain-out.
However, the art gods were working against me. After packing the truck, I discovered the exhaust pipe had broken in two and it sounded like a motorcycle gang warming up  a dozen Harleys. So, instead of capturing the light that morning, I had to wait and capture a garage full of sleepy eyed mechanics at the shop. Luckily they could weld  the pipe back together and I was off before 10AM.

By the time I arrived it was too late to paint the yellow house so I found this little view. 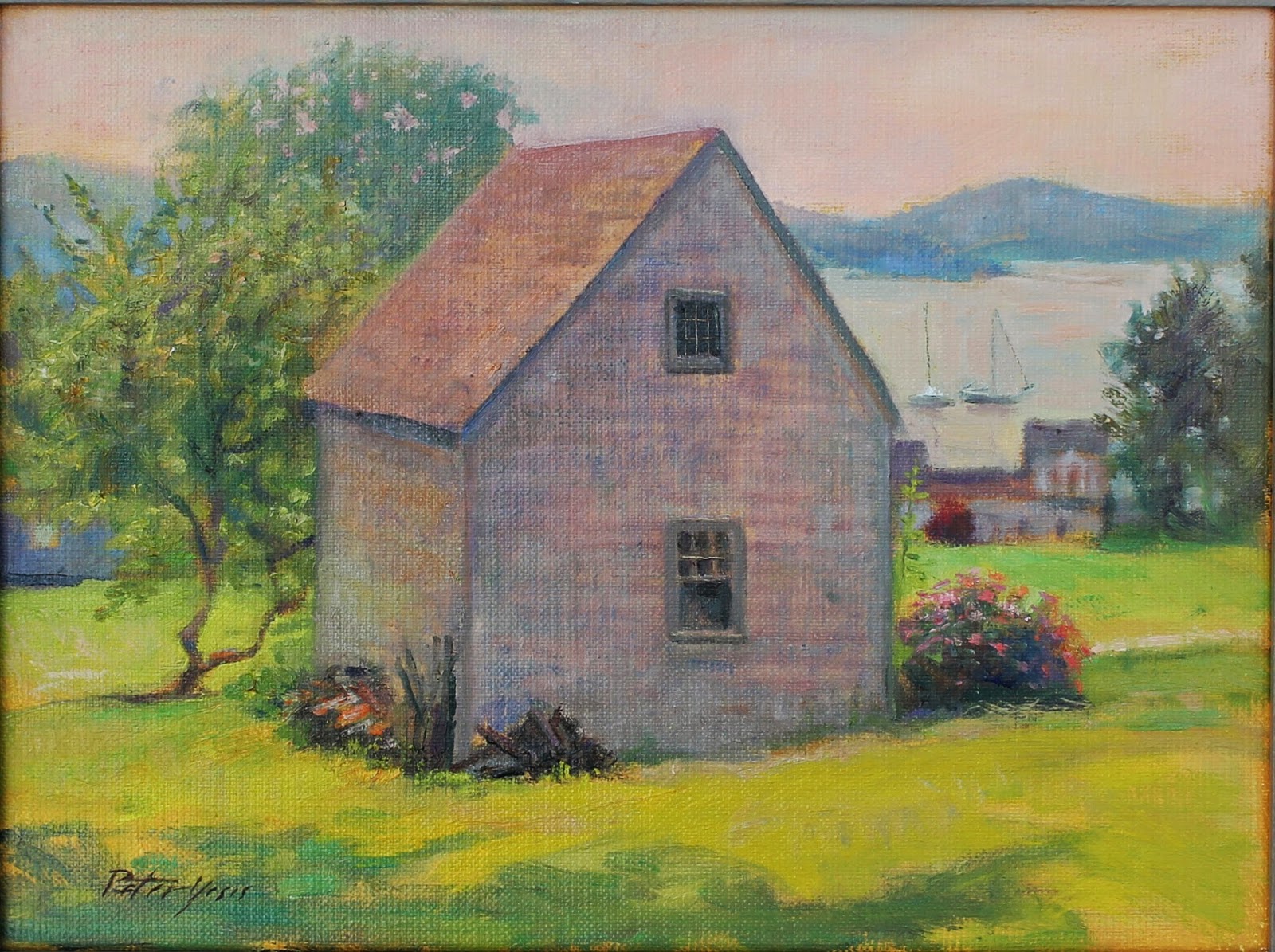 Thimble House
9x12
It's called the thimble house because way back in time, a writer purchased the property and the very large house that went with it. But  this author was reported to be a very tiny person. So she lived and worked in this little shack because she was so small. 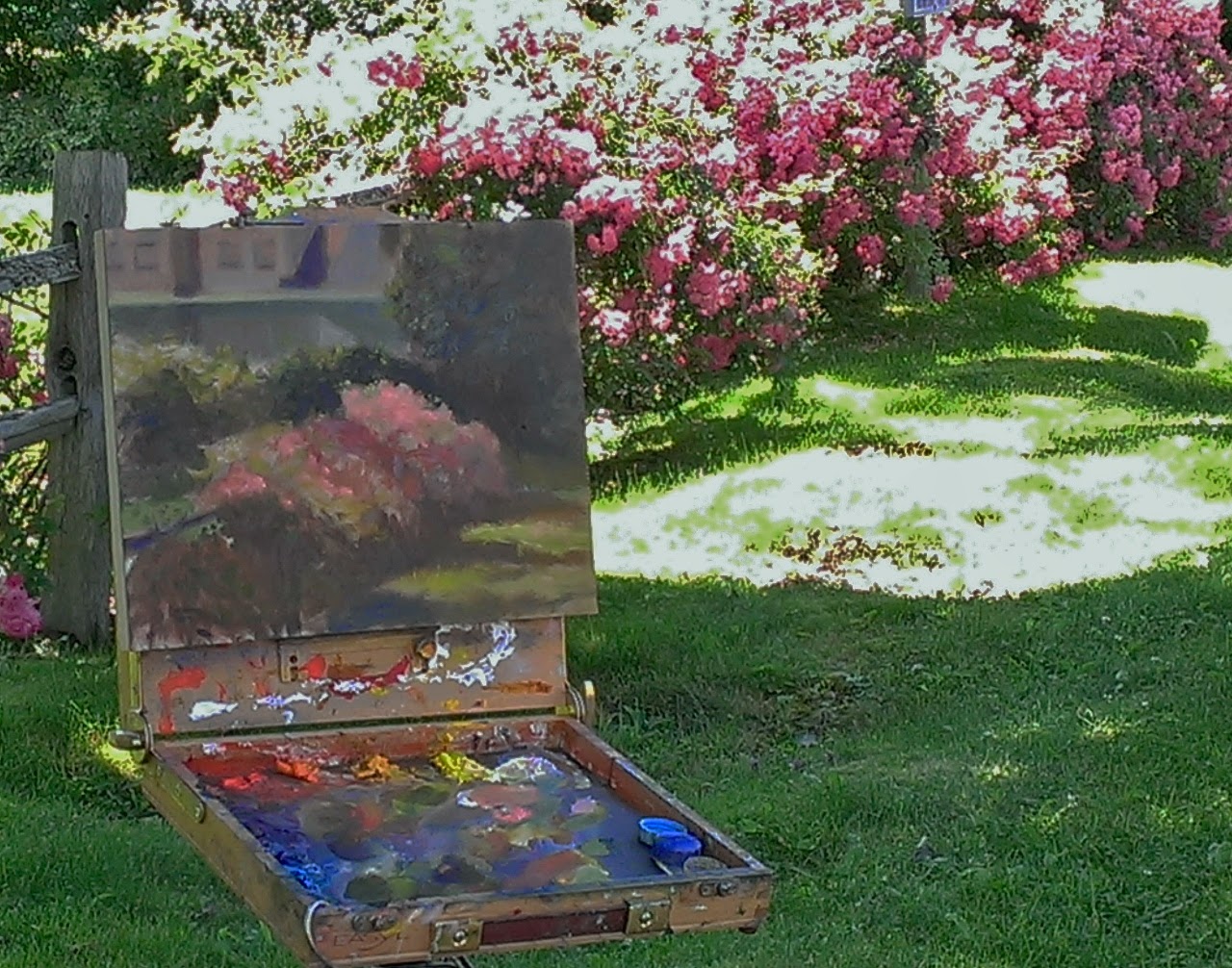 After lunch I completed the roses. This photo is the first day's  progress. I had framed the painting the night before and worked on it with the frame attached... very daring. 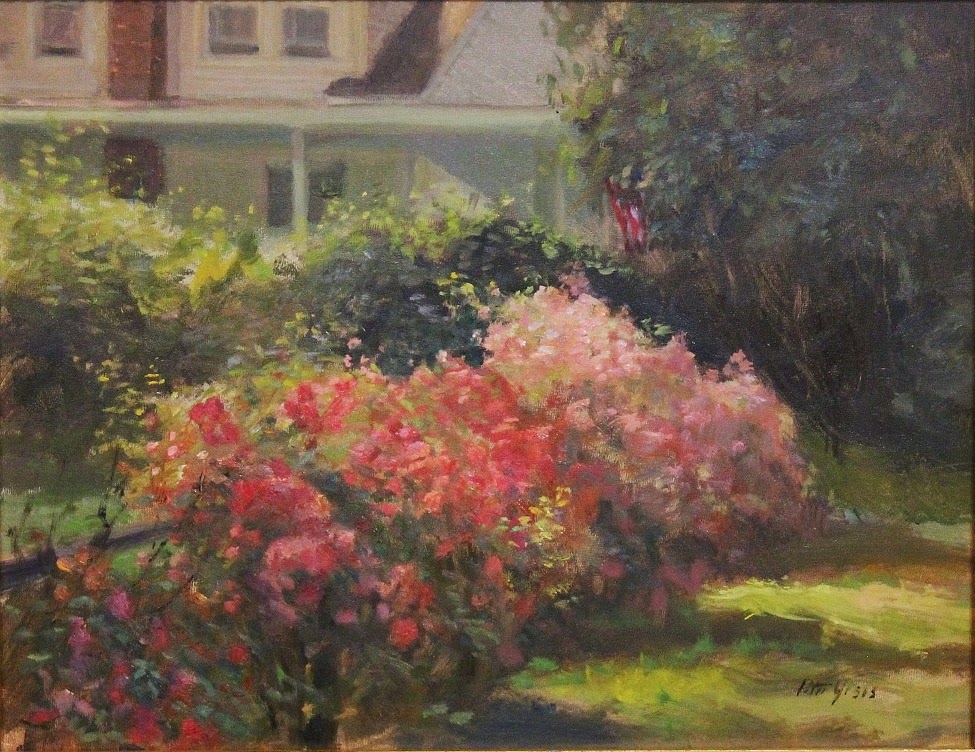 I had finished my painting and was packing up just as another artist wanted  to paint the same scene. I thought it was great to see what she would  do,  so I simply moved over a few feet and turned  to paint the porch side of the same house and the hydrangea bushes. 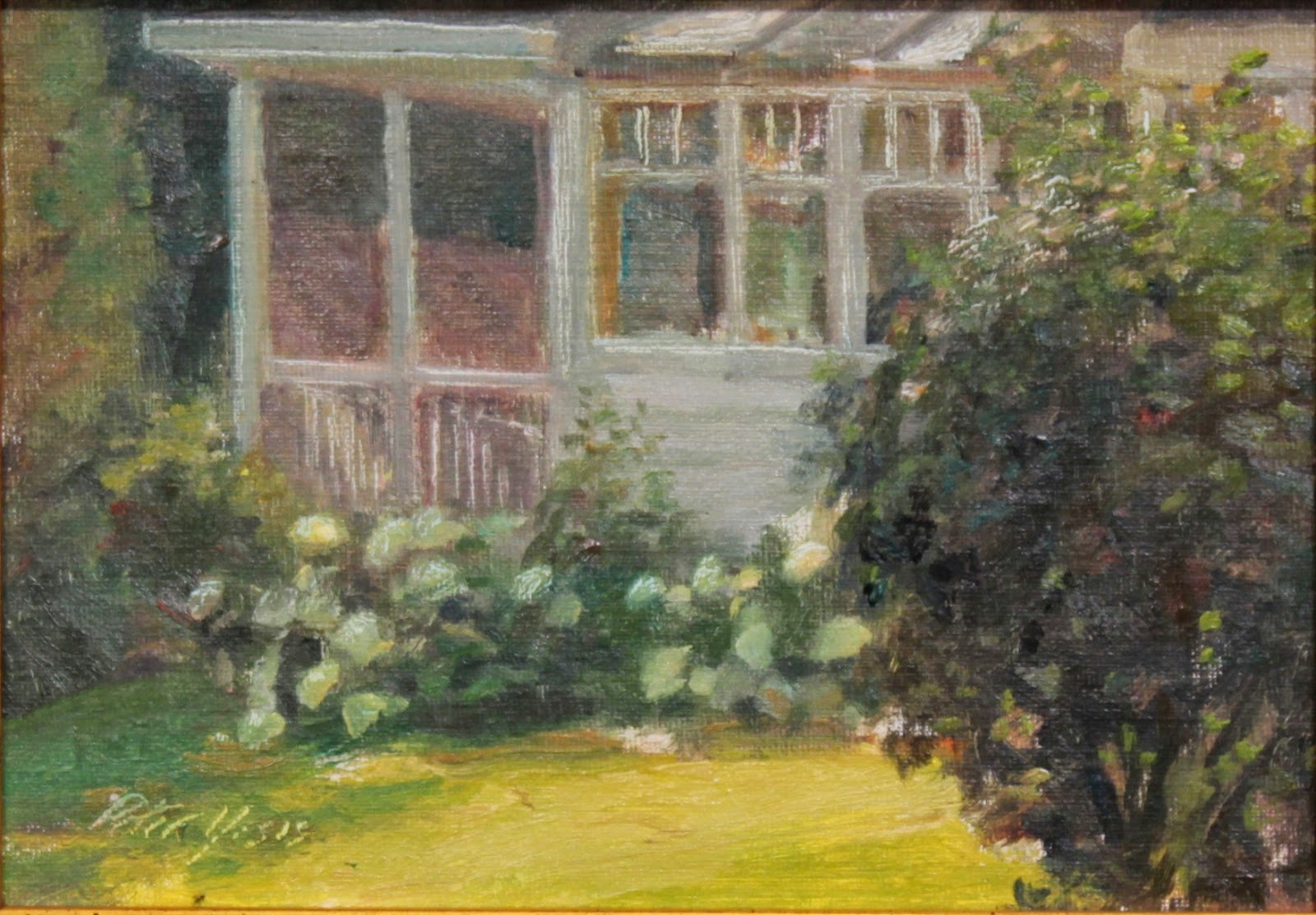 The Porch sold
5x7
We had so much fun... she eventually bought the painting.

The festival scheduled a  get-together cocktail party on the second day for the sponsors, hosts, and artists. ( just at the  perfect time to catch the late afternoon light)  So, after a brief  walk and talk and munching on some tasty h'orderves, I headed out for one last painting of the day. 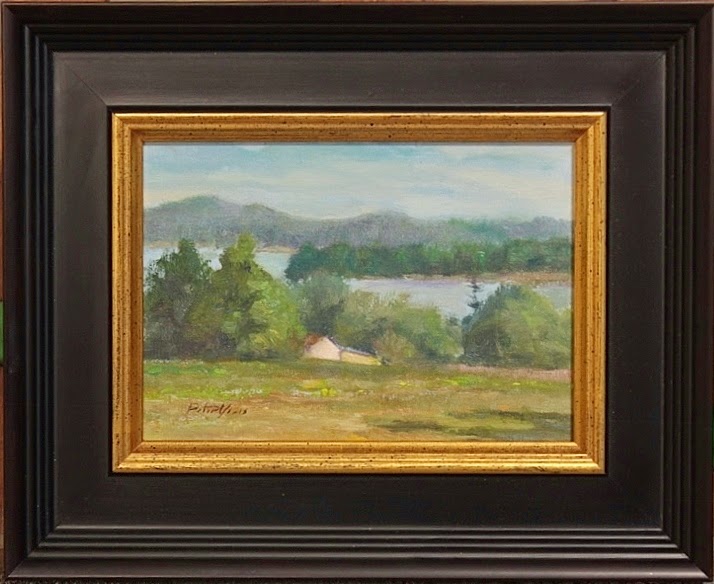 We'll continue tomorrow  with the wrap up ...day three