I finished the snow scene (except for a few branches and twigs that I'll touch up later) so I am moving on, or moving back, to the painting I began a few months ago.

This is Pigeon Hill in Steuben, Maine, over looking Dyers Bay. People in Maine call this area DownEast. It includes Acadia National Park on Mount Desert Island, the largest Island in Maine.

You can see Mount Desert Island in the background on the right side.

I have been trying to work from the background to the foreground. The intention is to complete each area before moving forward. It's a nice idea but I already have skipped back so many times I have lost count.  Still the method does help me focus.

Here is the finished  snow scene.

And here is the best news... My new snow boots have arrived!!!!! 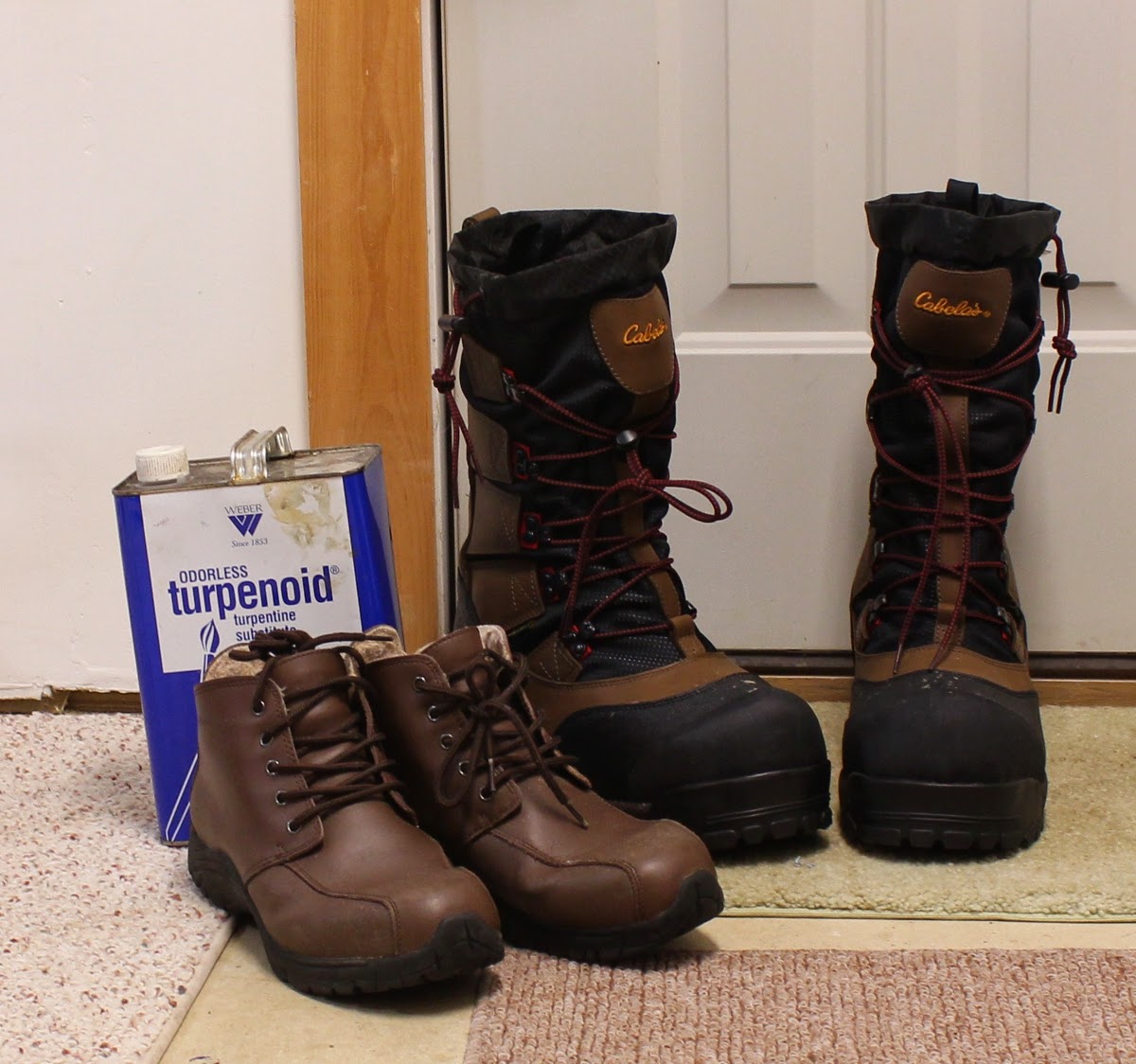 The small pair are my run around snow shoes and the can of Turpenoid is to give you an idea of the scale. These things are enormous. I'll be trying them out today. No more cold feet when I paint in the snow!!!

They look like the boots the astronauts wear on the moon. And better still I am nearly six feet tall when I wear them.

The painting looks like the place on your banner above.

Nice work (as usual!) and it's coming along nicely. Lol about your new height. I have a pair of Thom McAn boots that I purchased in the men's dept. a few years ago and they really keep my feet warm... but boy are they heavy.
Hope you enjoy your workshop!!