This thumbnail sketch was only the beginning to a grand painting adventure. 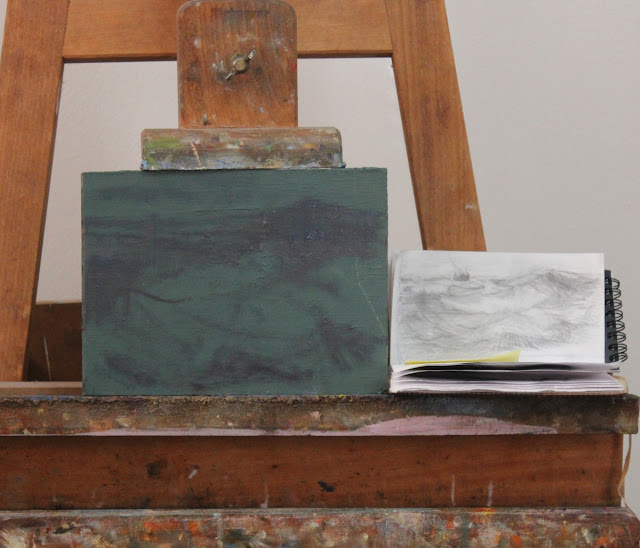 Who would have guessed that the small  sketch on the right could turn into so much fun?
I started with a pre-toned 5"x7" canvas and just scrubbed in some darks.  The concept was "rough seas". 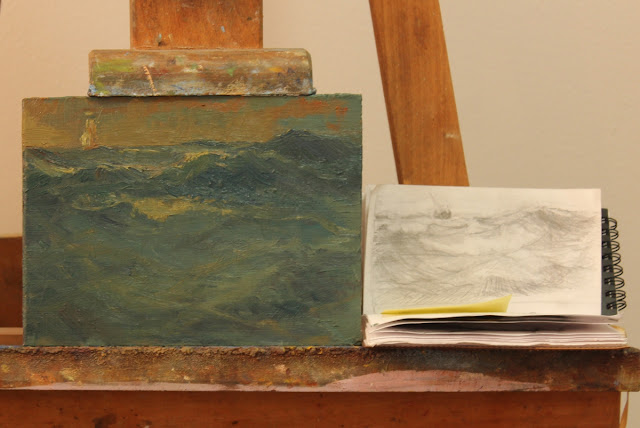 A very limited palette of colors again.  Though this time I added Viridian Green to the mix. I  thought a ship might add some drama... or might just be fun to  try and paint. 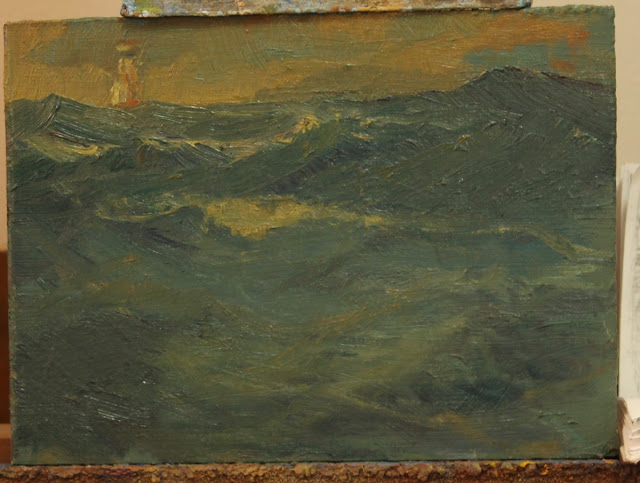 Definitely have the stormy seas going.  This is what I like  about photographing my sketches as they progress because... 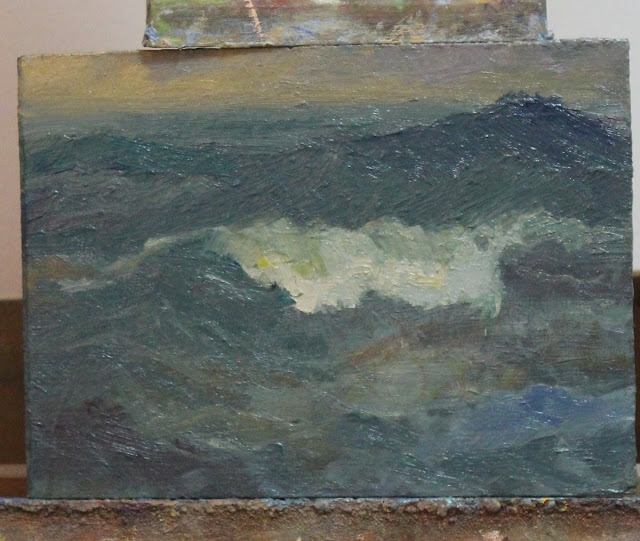 They change. But I still have a record of the previous idea. 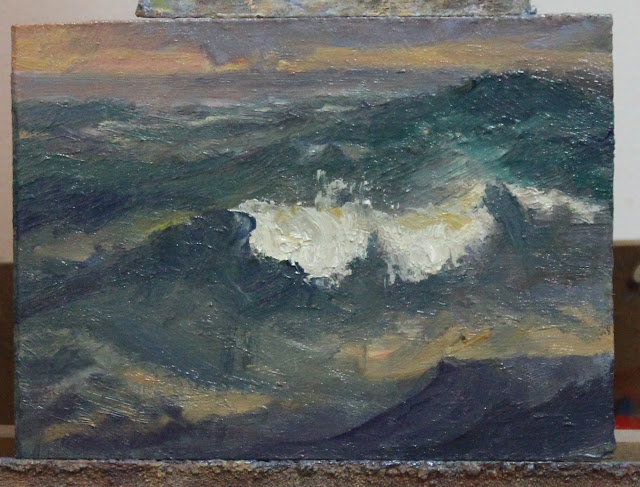 As you can see, my sea voyage continued for a while longer. The weather became much more dramatic. That is, until the sun came out and the storm passed. 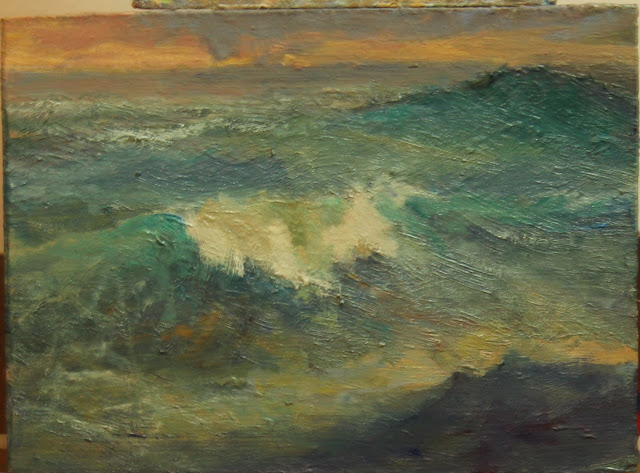 After the Storm
oil sketch - 5"x7"
oil on canvas board

I wonder where the boat went.

I like these paintings out of your imagination--great moody colors too.

Beautiful. I love your paintings.